A Root Cause Of Surgical Errors? Medical Teams Not Speaking To Each Other. 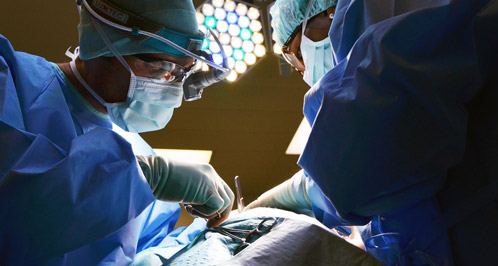 There are many honest, understandable reasons for invasive surgeries not going as planned. Sometimes internal issues in the patient are different than expected, other occasions involve high-risk procedures that rarely succeed. And in some cases, patients are simply too sick or injured to survive.

But the problem is entirely different when a surgery goes wrong because of an error on the part of the surgeon or other member of the surgical team – especially if the error was something as simple and obvious as lack of communication.

Surgeons and Their Teams Not Talking to Each Other

According to a recent Patient Safety Network article (PSNet), communication (or lack thereof) was found to be a common cause of wrong site, wrong-process and wrong patient errors (“WSPEs”).

The article states that “Root cause analyses of WSPEs consistently reveal communication issues as a prominent underlying factor.”

Apparently, the people performing invasive surgical procedures are just not talking to each other. When building a roadway, construction workers and contractors speak to each other to make sure they do the job right. School teachers have in-service days and frequently discuss their plans throughout the school year to make sure everyone is on the same page.

It only makes sense that the people involved in surgery take the same precautions. With something as important and dangerous – potentially deadly – as an invasive surgery, it seems critical that the team would speak to each other before their procedures to make sure everyone is doing the right thing.

What Can Be Done?

According to the PSNet article, hospitals are beginning to institute a “timeout” before all surgical procedures. This is a period of time before every surgery for the surgical team to talk over the procedure and their strategy for success.

Although there are no guarantees, the hope is that this timeout procedure will minimize the avoidable surgical errors for innocent patients. It seems like the least that could be done in this regard.