Defending You Is What We Do 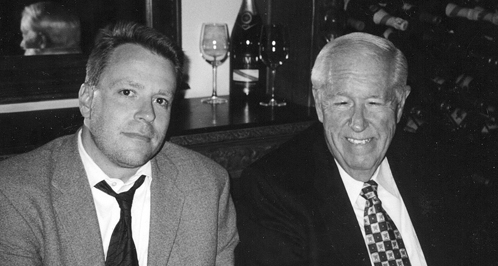 Albert J. Yonke was known for his life as a lawyer and a family man. An attorney for more than 60 years, Yonke was one of the top practitioners of labor law in Missouri and Kansas. A friend and local defense lawyer summarized Albert like this: “Al Yonke was a union man and advocate for the working class, for the men and women underdogs in our society.”

The son of an immigrant born without the silver spoon, Al Yonke built his business like he built his family. Strong values and honest work. As a father, he was old school and strict; that is, he was a typical dad of the Greatest Generation, his son Mike Yonke said. “He always taught me how to do things the right way. He’s the greatest man I’ve ever known. Not just because he was my father, but because of his desire to make sure everyone was treated properly.”

These principals hold true then and now for Mike Yonke and his practice in Kansas City. He cares about his clients and their health and financial recovery is his #1 priority. When you choose Yonke Law to represent you in court, you become part of his family. It matters to Mike what happens to you. Call him today at (816) 221-6400 for the representation you need and the compensation you deserve.