Is The Nursing Home You Thought Was Safe A Haven For Abusers? 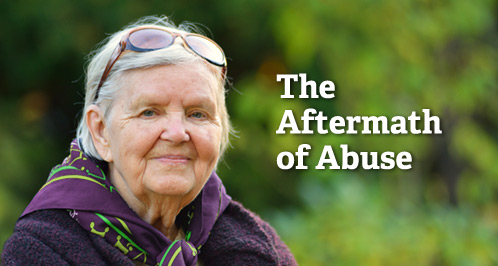 Families can’t always take care of their aging relatives, so nursing homes play a vital role in modern society. Unfortunately, these places also have the potential to betray people’s trust by mistreating their loved ones.

Few people would commit their elders to a nursing home without checking out the facility beforehand, but the signs of abuse aren’t always easy to spot. Even worse, prior abuses often go completely unreported, so it’s possible to place someone in a home without even knowing that doing so can also put them in harm’s way.

The prevalence of nursing home abuse

How common is nursing home abuse? It’s hard to say, but the facts indicate that the risk is very real.

Unfortunately, the NCEA also notes that 70 percent of official state-level nursing home assessments overlooked at least one deficiency. In August 2017, the Department of Health and Human Services revealed that more than 25 percent of all serious abuse cases weren’t reported to the authorities even though state and federal rules require prompt notifications. In some cases, these unreported incidents involved mistreatment that resulted in victims needing to take trips to the emergency room.

The aftermath of abuse

One of the big problems with elder abuse in nursing homes and residential facilities is that many people have an overly narrow interpretation of what constitutes abuse. For instance, most would agree that things like being assaulted, inappropriately restrained or touched without consent are all forms of abuse. These kinds of harm are just the tip of the iceberg, however. Abuse can also include practices like:

In addition to causing physical harm, mistreating elders can result in psychological damage or worsen their existing health problems. Studies have even shown that abuse and self-neglect significantly increase elders’ risks of death. Although there’s no going back after the fact, talking to our experienced nursing home abuse attorneys may be the best way to stop abuse from happening again and protect other potential victims. It matters to us what happens to you. Call us today at (816) 221-6400.