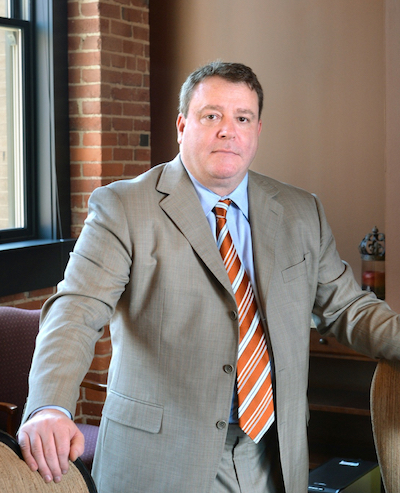 Mike Yonke is passionate about what he does for a living. Every single day he helps people who have been injured because of someone’s negligence. These people may have physical, psychological, or financial damages because of an accident, and he does everything in his power to help them get the compensation they deserve.

In 1994, Mike Yonke became a lawyer. This is something he had dreamed about ever since he was a little boy. His late father was also an attorney who founded a law firm 60 years ago. Mike remembers being in court rooms at a young age watching his father aggressively fight for the rights of his clients, and he loved it. That’s what he wanted to do when he grew up.

In high school, he tried out the skills he saw his father use in court by joining the debate team. He ended up doing well competing with other high schools throughout the state. Mike knew that he was on to something!

In college, Mike decided to intern at the Jackson County Prosecutor’s Office. For two years, he was able to lend a hand in investigating and preparing murder cases. He was able to participate in some notorious murder trials.

The experience he gained from his time at the prosecutor’s office fueled the fire inside of him to move forward towards a career in law. It wasn’t long before he was working for the Missouri Attorney General Capital Case Unit. During that time, he worked on a death penalty case that was nationally publicized. The case ended in a guilty verdict.

He was eager to start law school and learn everything he could about the legal system. Besides his core curriculum, he went above and beyond to become a member of the National Trial Advocacy Team. He interned again at the Jackson County Prosecutor’s Office where he was able to work on a first degree murder case and sexual assault case. These cases also ended in guilty verdicts.

With a law degree in hand, Mike decided to join his father’s firm. It was where his passion was born and it is where it would grow for many years. This is when he started to handle high profile personal injury and wrongful death cases.

In 2001, he decided to break away from his father’s law firm. He wanted to create his own law firm just like his father had done for himself over 60 years ago. This step that he took has brought Yonke law firm where it is today.

High Stacked Merchandize – A Hazard in The Courtroom, MATA Advocate, 2006