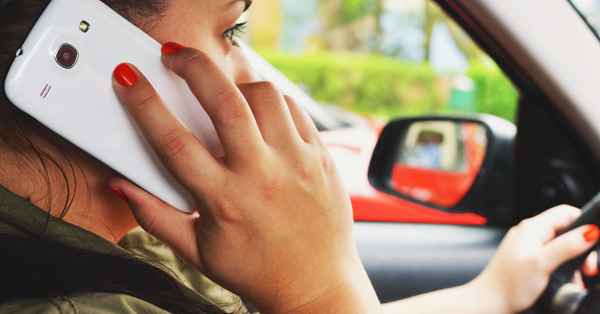 Many drivers understand that using a cell phone while driving can be a potentially dangerous distraction, but a recent study conducted by the AAA Foundation for Traffic Safety highlights the true extent of the risk caused by cell phone use behind the wheel. Perhaps most surprisingly, any form of cell phone use-including carrying on a phone conversation using a hands-free device-can dramatically increase the risk of being involved in a motor vehicle accident.

In their January 2018 report, the American Automobile Association uncovered that using a cell phone while driving ultimately increases a driver’s chances of being involved in a car crash by two to eight times as compared to drivers not using such devices. Texting or browsing the Internet on your phone certainly leads to an increased accident risk, but so does simply talking on your phone. Conducting a phone call increases the likelihood of being involved in an accident by four times, whether a handheld or hands-free device is used.

The AAA study also looked at how drivers regarded the use of cell phones while driving, and found something surprising: while two-thirds of all drivers surveyed thought it was unacceptably dangerous to use a hand-held cell phone to carry on a conversation while driving, almost one-third of the same drivers admitted doing so regularly.

Similarly, almost 94 percent of survey participants thought that using a phone for texting or e-mailing while driving was unacceptable; however, as AAA clearly found, many drivers continued these dangerous and distracting behaviors while driving nonetheless.

Are hands-free devices any safer?

Drivers also dramatically overestimated the safety of hands-free devices. Only about 29 percent of those surveyed thought that talking on a handheld phone while driving is safe, but almost 66 percent thought using a hands-free device to talk on the phone was perfectly fine. In actuality, as AAA’s study results highlight, both types of phones can lead to distracted driving and its increased accident risk.

As AAA clearly demonstrated, any activity that takes a driver’s attention off of their surroundings is a potentially dangerous distraction. Indeed, according to the National Highway Traffic Safety Administration, more than 1,000 people each day are injured in a car accident caused by a distracted driver. If you, a family member, or friend has been seriously injured in such a car crash, our experienced attorneys in representing motor vehicle accident victims can help. Call us today at (816) 221-6400. It matters to us what happens to you.