Did You Know… We Chose KC? 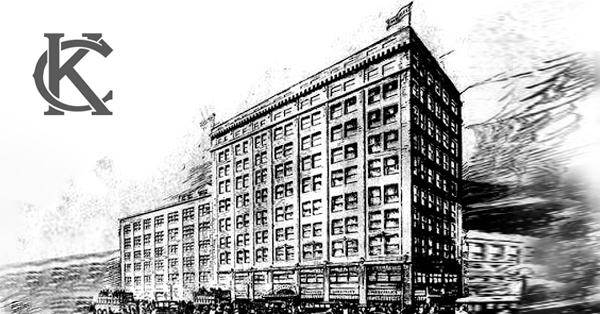 Professional Attorney Michael Yonke and his firm, Yonke Law LLC, chose Kansas City as the central focus of their practice for both personal and historical reasons. Personally Mike watched his father, Albert Yonke, raise a family and defend KC labor rights in the Greatest Generation. He learned from his father that people deserve both fair and equal treatment in work and in life. These people were Kansas Citians. They were friends and neighbors. People you passed on the street and sat next to in theaters and in restaurants. This is the primary reason Mike chose to dedicate his own professional life to defending people in this amazing place called Kansas City.

Historically Mike was raised to appreciate Missouri. The people, the culture, and the foundation the city is built on. So much so that Mike located his practice inside the historic Harzfeld’s Building on Petticoat Lane. The 11-story building faced with cream-colored ornamental terra cotta stretches far and wide and reminds him and many others of days past. This memory is so vivid Yonke Law features a small tribute to the local architecture on their website. Scroll to the bottom of each page and there you will see a famous detail of the historic place they call home.

We chose KC. Ask Mike and that’s what he will tell you. After leaving The University of Missouri he could have taken his family, his experience, and his reputation anywhere and instead he invested in Kansas City. He invested in the city and in the people. He is ready to fight for you and to defend your rights. If you or a loved one has been injured please call Mike and his dedicated team of Attorneys at (816) 221-6400. They take results very seriously and will always respect and honor your time so call today. They are ready to discuss your case for free.